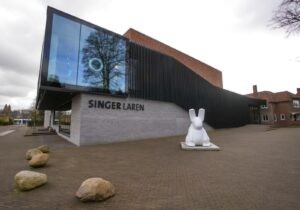 The work "The Parsonage Garden at Neunen in Spring," valued between one and six million euros, was stolen from a room in Singer Laren, a museum on the outskirts of Amsterdam. The establishment has been closed for weeks due to the COVID-19 pandemia.

At the time of the coronavirus, when the cultural establishments of the world are closed, a group of thieves entered the museum Singer Laren, outside the Dutch capital of Amsterdam, and took a painting of Vincent van Gogh.

During the early morning, the work The Parsonage Garden at Nuenen in Spring) disappeared from the room where it was hanging.

The painting, made in 1884 by the Dutch master, did not belong to this museum, but had been lent by the Groninger Museum in Groningen.  The piece would be valued between one and six million euros, according to local media.

The oil on paper panel is 25 by 57 centimeters and portrays a person standing in a garden surrounded by trees, with a church tower in the background. The piece dates from a period in the artist's life when he had moved back to his family in a rural area of Holland. He painted scenes from local life, including the famous work The Potato Eaters, in mostly somber tones. Los comedores de patatas, en tonos mayormente sombríos.

Later, the artist moved to the south of France, where he developed a style of painting that was much more colorful and vibrant as his health began to decline before his death in 1890.

The police say that the thieves forced the glass doors at the entrance to the building around 3:15 in the morning.

"But, above all, this is horrible for us because art is there to be seen and shared by all of us, for society in general, to provide enjoyment, to inspire and also to provide comfort. Especially in this difficult time," he added.