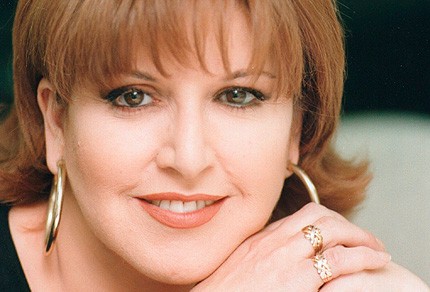 Multifaceted and Creative are the most outstanding signs of her professional life, together with being an icon like Chica Almodóvar. The leap to popularity came through comic interpretations, his television performances such as Paloma Hurtado in "Aqui No Hay Quien Viva", and Menchu in "La Que Se Avecina", have been roles with which he has obtained the recognition and sympathy of the public of the small screen.

In the Cinema he has worked with the best Spanish Directors such as Fernando Trueba, Vicente Aranda or Pedro Almodóvar, with them he obtained 3 nominations for the Goya Awards, and numerous National and International Awards. On television she has participated in numerous successful series such as "Out of Control", "Hands on Work", "Here is No Who Alive", "Red Eagle" or "La Que Se Avecina", recently participated in Master Chef Celebrity being finalist and winning the affection of the public.

In theater he has stood out with the comedy "The Great Depression" with his friend Bibiana Fernández.

An icon in the gay world, he has presented the Drag Queen Gala of the Las Palmas de Gran Canaria Carnival in the 2005, 2007 and 2011 editions.